And now a word from Mrs. Hassall

I thought I better update this. It's been a month and a half since we were married...and boy has it flown by! October was definitely a busy month with the wedding, reception, moving, and 6 birthdays to celebrate! I'm still trying to get my stuff organized in the house, but I figure it will eventually get done. I need to work on getting things organized in the kitchen, especially since the new range will be delivered soon! Yippy!!!!!
I'm still waiting for schools to add me to their substitute lists. I can't believe how long it's taking. I've had things submitted to 2 schools since the beginning of September, but one school lost my stuff, and I finally got all the paperwork submitted to the other school. I've also applied at two other schools, which I'll need to check in with next week after the holidays. I don't know why it's taking so long...it never took this long with the schools in the Ames/Des Moines area. I guess I'm just a little anxious to get in the schools...the days are getting a little boring at home. :)
Well, I guess I should do some stuff around here...like make the Pumpkin Maple-Pecan Cheesecakes for Thanksgiving tomorrow! :)
Posted by Rosalyn at 9:43 AM No comments:

An End and a New Beginning

Today was my last day of work at the DOT's District 1 Office. I'm looking forward to the next stage in my life...getting married! 3 days from now I'll be Rosalyn Hassall. (Ok, here's a fun little comparison of my names. Berrett... consonant, vowel, two consonants that are the same, same vowel, two other consonants that are the same. Now looking at Hassall...same description! I know, just call me strange.)
I am so excited for Sunday to come and I can start my life with Alan. I love that man!
Posted by Rosalyn at 7:06 PM No comments:

The past month has gone by quickly. It's been busy with wedding planning. Hard to believe in less than 2 months, I'll be a married woman! October will be a busy month with a wedding, a wedding reception, 6 birthdays, moving, and applying for substitute teaching positions. And I can't wait!!!!!!
Here's a picture from our engagement session, taken by my very talented sister! 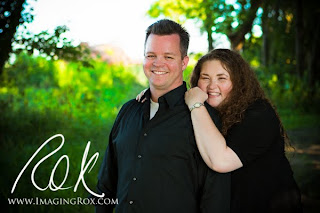 Posted by Rosalyn at 9:49 PM No comments: 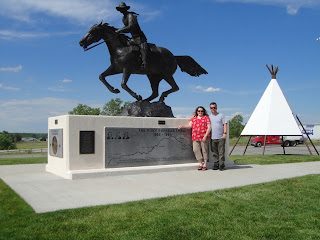 Here's our first picture from our trip! Good job, Alan! :)
Posted by Rosalyn at 8:58 AM No comments:

These are pictures that Alan took...that's why they're mostly of me. :) 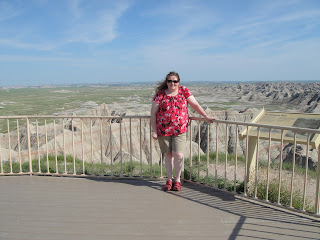 From an observation deck at the Badlands. 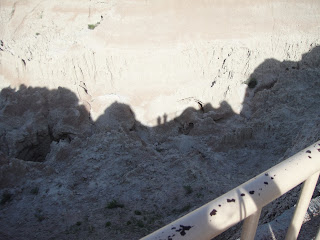 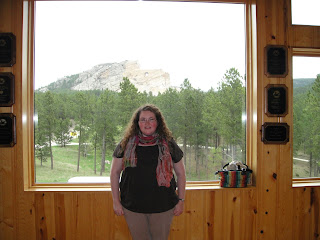 At the Crazy Horse Memorial. 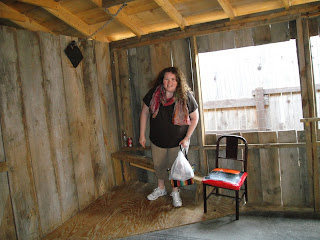 Me, after "falling" across the room at The Cosmos. 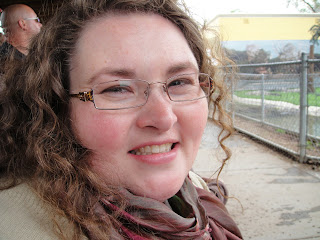 At the Reptile Gardens. 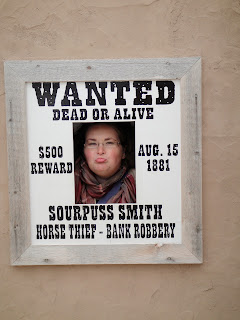 Yep, Sourpuss Ros! This was also at the Reptile Gardens. 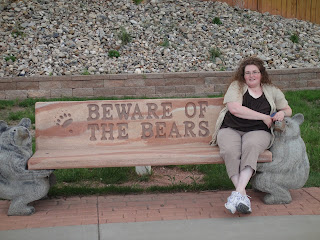 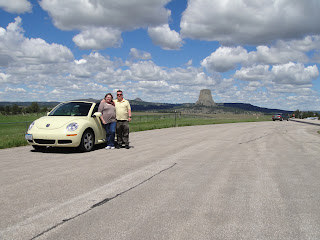 Alan and me with Devils Tower in the background. 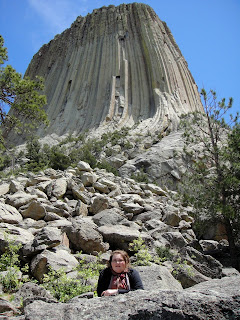 Me at Devils Tower.

Thanks, Alan!
Posted by Rosalyn at 6:24 PM No comments:

Here are some pictures... 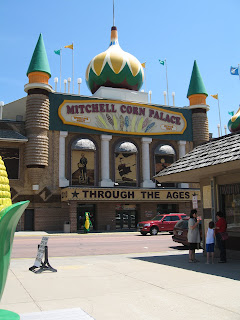 Our first stop was the Corn Palace in Mitchell. I can now say I've been there, and I don't have to go there again. :) 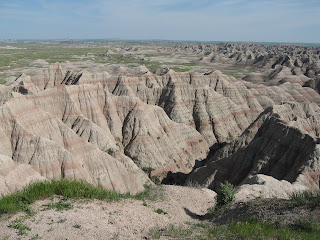 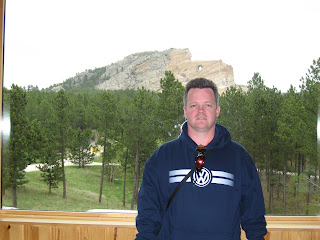 Since Friday was spent driving, we really began sightseeing on Saturday. Our first stop was Crazy Horse. 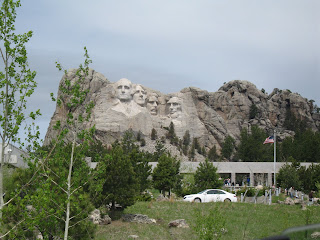 Next was Mount Rushmore. We didn't actually go in until later that night, but I was able to get some good shots from the road. I didn't take any pictures that night because it began raining! 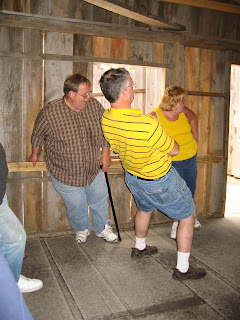 I had heard about The Cosmos on the Travel Channel awhile ago, and then my sister reminded me of it. So I had Alan stop there. Warning: If you are a bit clumsy, be careful! 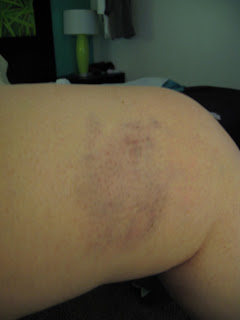 This is what happens if you aren't careful! 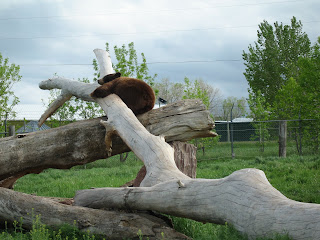 A drive through Bear Country USA led to this picture of a bear relaxing before I grabbed Alan's video camera. 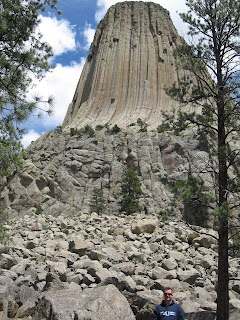 On Sunday we drove to Devils Tower. Aww...see Alan in the bottom of the picture? :) 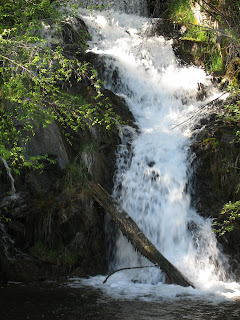 One of our last sights was the Thunderhead Underground Falls. This, of course, is not underground. My pictures of the falls underground were not all that good because of the lack of light.
I loved our trip! Can't wait to go out West this summer!!!!! Any ideas on what to see in Colorado (or on the way there)? Let me know!
Posted by Rosalyn at 8:20 PM 1 comment: